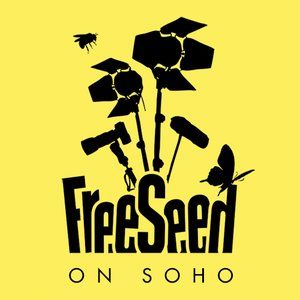 First up on this week’s Free Seed on Soho on Soho Radio we had the wonderfully talented independent film maker, Tali Clarke in the studio.

Tali shoots a huge range of media from documentaries, experimental films, & shorts to music videos and can cover directing, self-shooting and editing. We spoke to her about her latest documentary, A Riot of Our Own, which focuses on the death of Soho haunt, The 12 Bar, being selected for this year’s Rain Dance Film Festival.

Also in the studio was Sky Sports‘ pundit and one-time IBF world cruiserweight king, Glenn McCrory and Emma Taylor; two of the CAST of ‘The Birds‘ coming to Leicester Square Theatre. The Birds, adapted by Conor McPherson from Daphne Du Maurier is an atmospheric post apocalyptic chiller set in a world where society has collapsed and the birds, for reasons unknown, attack humans at every given opportunity.