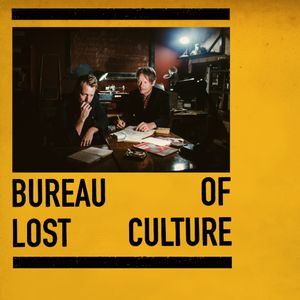 Writer & cultural commentator Paul Gorman takes us on an exploration of the countercultural designer Barney Bubbles. An extraordinary story, magic & tragic by turn.

Bubbles, who despite his effervescent alias, was so modest that he declined to have his name included on the many extraordinary album covers he designed, has rather faded from public awareness since his untimely suicide. But he remains much admired by lovers of album cover art & has influenced a growing coterie of graphic designers.

Paul, who has championed him with a biography & three exhibitions, traces his life & work from the hard boiled world of advertising & commercial graphics in the 60s, through the psychedelic West London underground scene of the early 70s, to the post punk era of Stiff Records & beyond. Along the way we hear of some of the outpourings of the cornucopia that was Bubbles’ mind, including the designs of Frendz magazine, the Hawkwind Tarot, The Specials' Ghost Town video - & those album covers..