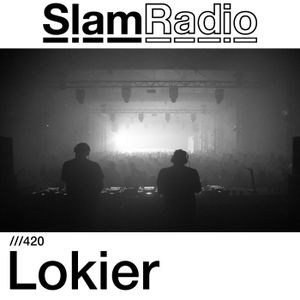 This show was 62nd in the global techno chart.

An emerging talent of prominence hailing from Mexico, Lokier, as a DJ & producer is cutting a stream into the estuaries of techno, industrial, EBM and electro afixed with trance, new wave, and its denounced varieties. While running the gamut of Berlin’s underground, from off-location raves to Berghain and Tresor, and with a recent inclusion as a resident to Revier Südost (former Griessmuehle). Her breech into the European circuit, although clandestine, has seen gain familiarity. Lokier has also been in several parts of the world including North America, Europe, Asia, and South America. Her tracks over the years have made their way to the edit pits of Mick Wills, Solar’s giallo horror platform Squirrels on Film, to aufnahme + wiedergabe and Sacred Bones with a remix of The Soft Moon.
Light Strike, the new record label from Lokier is a platform to showcase the artists vision and unfiltered expression, with the first release coming from herself.

that is absolutely brilliant