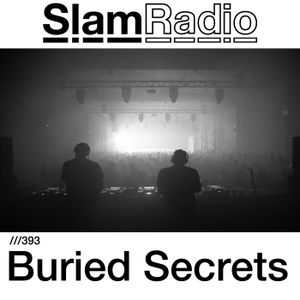 This show was 55th in the global techno chart.

Buried Secrets is a live-only Techno-project based in Germany. Constantly reworking and developing its live set, Buried Secrets delivers high-octane Techno, creating a unique sonic blend of various genres. Through self-produced performance videos frequently shared online, the artists showcase the constant reworking of their live set. Taking the time freed up by not having to dig for music to play to instead refine their own craft.
To let the music speak for itself, Buried Secrets remains an anonymous project. The name refers to the inspiration behind the music: Buried Secrets aims to unearth the artists previously dismissed musical influences, drawing mainly on the tough and fast sound of Techstep Drum & Bass. After its first releases on Labels like Ōtomo, Codec992, Buried Secrets quickly gained notoriety with releases on Monnom Black, Soma, Green Fetisch Records, and Black/Plague.

brutal starts those is dark techno with berlines stamp ... booommm💣💥💥💥