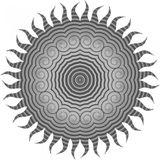 Dale Richie is a veteran DJ having played to countless crowds for more than 25 years. By the summer of ‘91 he was in the heart of the London’s underground dance scene. Two years later he was mixing it up with the Do It Crew before co-founding the Chimaera Sound System in ‘94.
For the next 10-years their custom built sound system could be heard blaring all night long at their annual summer solstice forest parties in North London, from Welsh mountain tops, castles in Luxembourg and numerous festivals during the summer months including the London May Day festivals. During the winter months it was time to hit the bars, clubs, warehouses & private parties.
In 2004 he moved from the big old smoke to the long white cloud of New Zealand bringing his tunes, sound system and carried on regardless. Over the years his love for music has seen him play at various clubs, bars in Auckland, including the great outdoors with appearances at Aum, Burning Seed, Dimension, Ignition, Kiwiburn & Shipwrecked.