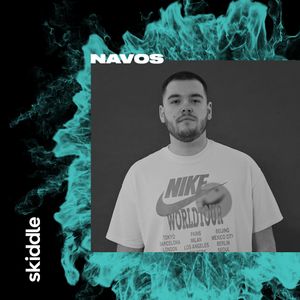 Hailing from humble beginnings in Liverpool, Ross Harrington, better known as NAVOS, has spent the last few years honing his craft as a tech-house artist. Drawing inspiration from Sonny Fodera and MK, the self-taught 21-year-old caught the attention of Island Records with early singles ‘Foolin Me’ and ‘Outta Love’, with the label then signing him to release ‘Believe Me’. Slowly making his mark on the live circuit, NAVOS recently supported Sigala at his Sigaland show at Ministry of Sound.

NAVOS has recently released his single ‘You & I’ feat. Harlee which has been drawing praise and plaudits from fans and critics alike! ‘You & I’ is the much-anticipated follow up to the ‘Believe Me’ a track that has now surpassed 65 million global Spotify streams after becoming a viral sensation on TikTok and has also just gone Gold in the UK. A permanent fixture on the UK Top 40 for over 20 weeks, the track also received airplay from BBC Radio 1, Capital FM and Kiss FM.