Rob Wheeler - The Story Behind The Song: S02E02 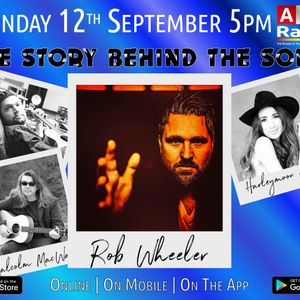 Rob Wheeler - The Story Behind The Song: S02E02by ARC Radio

In the second episode of series two we speak with the critically acclaimed Rob Wheeler. Rob talks about his writing process, from lyrics to creating the melodies and rhythms in his head before laying down the demos in his studio. From walking around New York to being on a bus one dank day Rob has written songs in some fairly obscure places!