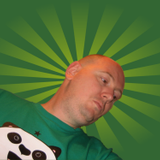 After the collapse of Babble-On in 1997 and Crash n Burn in 1998, he then took things online with Gravity24hr dot com, where he ran the site, along with contributing mixes with the other 40+ DJs involved. However, 3 years into the operation, Gravity24hr dot com was forced to shut down, due to APRA's (Australasian Performing Right Association) inflexible licensing costs on streaming music.

DJ Sikosis then went underground and hadn't mixed in public or bought vinyl since. He was spotted playing paintball for Paint Savvy in 2004.

In 2008, he joined the Dancenode.com team as their Drum n Bass aficionado and later began contributing mixes to the weekly radio show on Party107.

In late 2009, he started the monthly sensation The Chill Factor.