Vinny Da Vinci at RBMA Weekender Johannesburg: On The Floor 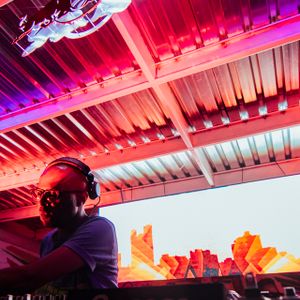 This show was 11th in the global instrumental chart.

In South Africa, house music has become a nationwide sensation in part due to the release and spread of CD compilations: imported house beats, for a local audience. One of those responsible for this fascinating movement is Vinny Da Vinci, a deep house veteran whose House Afrika label has helped to launch the careers of homegrown myriad producers and DJs. Besided running his label, Vinny Da Vinci is a seasoned producer and DJ in his own right: building deep African house grooves into joyous crescendos, with the Deep House Sound volumes.

Brilliant your finger do the talking MASTERPIECE from a mastermind takes control of your heart & soul
VINNY Da Vinci always Winner winning to win r"YO DA BEST" Winning is A HABIT..ash

Always on point and never changes to please anyone. Fantastic mix!!!