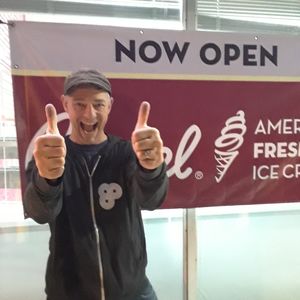 a small portion of the 3.5 hour live set from 7th City HQ ay 1486 Gratiot Ave in DETROIT USA. It was spontaneously recorded (unknown to me until 2 years later) by Mr Dan Sicko (who literally wrote the book on Detroit musical scene and sound) . He was in attendaence and had just purchased a minidisc recorder, and immediately used his headphones as a microphone, and recored over what was previously on the minidisc. When presented with a cd of this recording 2 yars later at the DEMF. i was floored. Dan had been there for it all. the entire detroit time. he was the scribe, the observer, the chronicler of its rise. he was its literary history. To have him feel that this was that important to immediately preserve has been and will forever be the highest compliment that anyone can ever pay to me. wherever there was great music- Dan was there. every year. without fail. he was a dedicated, kind and amazing cat. he is missed dearly. ill never ever ever forget this. thank you Dan Sicko.