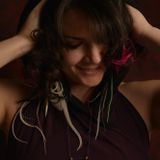 Never miss another
show from Shamanatrix 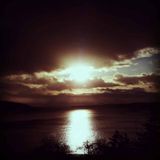 Shamanism is a practice that involves a practitioner reaching altered states of consciousness in order to perceive and interact with a spirit world and channel these transcendental energies into this world.
The word "shaman" probably originates from the Evenki word šamán, but also resembles Sanskrit word śramaṇa, designating a wandering monastic or holy figure. It is also thought possible that Europeans applied the Arabic term shaitan (meaning "devil") to the non-Christian practices and beliefs of indigenous peoples beyond the Ural Mountains.
Lover of music and movement, seeking a world where people can love without shame. A childhood accident affected Mel's body in ways that they would only realise in later life, and it is through dance that they heal their body, releasing trauma (both emotional and physical). Mel is a white presenting, ‘third culture’ human— with ancestral roots in Sinti, Jewish, Greek, and Irish backgrounds— who recognises the great privilige they have to dance