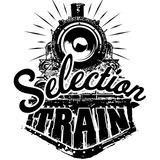 Jerry "Perilous" began his selecting career as a founder member of Solution Sound System UK in the late '90's where he found his feet as a selector, particularly concentrating on the deep and rare vinyl gems and dubplates of old in complimentary contrast to Mark Solution's (at the time) modern upfront selections. After his formative years with the sound, Perilous branched out to DJ independently, working with soundsystems, promoters and radio shows such as Rebel Lion Soundsystem, Thunder Clap Soundsystem, Roots FM Radio, The Jazz Cafe, NTS Radio, Sofrito, Selector's Showcase, Tighten Up, Reggae Roast... to name but a few. In recent years Perilous has been building a solid production studio involving other talented artists and musicians. Perilous' Selection Train Records released their first 7" in 2015 with Vin Gordon, a re-lick of his mighty "Red Blood" for Studio 1 with a menacing but musical digi rhythm. Perilous is available for bookings world-wide and promises unreleased gems and