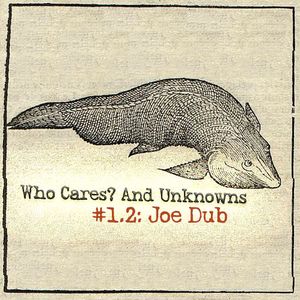 This show was 72nd in the global underground hip hop chart.

Who Cares? And Unknowns delves into the the murky depths of some of the lesser celebrated creative potency of our experience. I can't say how often these shows will appear but am focusing on quality over quantity/less is more.
The first episode, in two parts, is focussed on Joe Dub. An underground West Coast Hip Hop force to be reckoned with. He first caught my attention in the late '90s through the recordings of the San Francisco Street Music collective. I get hella thorough in the form of an in-depth discussion with Joe and a generous selection of his music, mostly chronologically presented.

In part 2, we discuss Joe's migration from San Francisco to Hawaii, the group Painkillers he formed with Topic, Asita Recordings, his production work and collaborations with the likes of Project Blowed veteran Ellay Khule and the legendary Devin The Dude. We also expand the spectrum and touch on various artists and independent record labels Joe has been affiliated with.

More from See's To Exist show