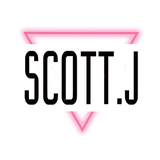 Support Scott J. by subscribing directly to this channel and get access to exclusive rewards.

Scott J has travelled the UK sharing his passion for House Music. He was born in West Bromwich and introduced to music at a very early age by his father, a music nut, that not only played a guitar with 2 strings on it, he had a collection of Cassette Tape recordings of artists that a library would have been happy to have had. His Dad would mostly listen to Soul, Motown, Blues, Irish Folk, Rock and Disco music at the family home that he shared with his mother and 5 other siblings. This is where Scott J’s diversity in music stems from. A lover of all sorts of music, Scott J’s real passion lies in House Music, He has played for brands such has Bedrock at Ministry Of Sound, Unusual Suspects at Sankey’s Ibiza, Heroes of House in Birmingham and currently holds 2 residencies at Society Leek & Housework London. Scott J has been lucky enough to have shared a DJ booth with some of the UK’s best and because of this he has homed in on a skill set that can only be best described as Very Versatile.