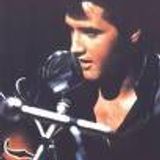 Since very early Salvatore was submerged in a wide array of dance music, picking up on different styles and vibes and quickly making his own unique mixture of it all. His major influences come from funk, disco, reggae, electro and new wave. At a young age, he was a real night bird, going out to house clubs all around Belgium. He met Eric Beysens (at that time resident DJ at La Rocca) who gave Salvatore his first opportunities: the first one was quite improvised; Salvatore landed in an after-party at Eric's house... let's say everyone was in an "after mood" and he took control of the decks ! Explosive result ! The next big step was being warm up DJ at Who's Who's Land, a true institution in the Brussels nightlife. These years Salvatore offered his renegade services to clubs like Fuse, Petrol, Kiosk, Café D’Anvers, At The Villa ,Made In Brussels,We Are Electronix Café Capital,10 Days Off 2008... He played with dj’s as diverse as Carl Craig, Loco Dice, Martin Buttrich, Steve Bug, James Ho