Return to the Source - The Shaman's Gate 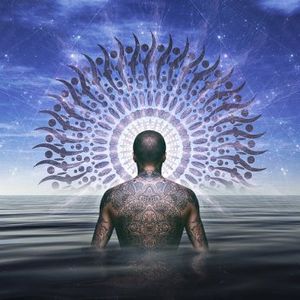 Return to the Source - The Shaman's Gateby Sequenchill

Live session by Sequenchill on the 7th September 2018 ,Secret Psychedelic Chillout Gathering , Gnejna Bay (Malta) organized by The Psy Chill Aliens - Away from it all for the love of Psy Chill , from the real believers.

It was late into the night that I drank a mixture of what appeared to be pulverized herbs.

The haunting sounds of a song suddenly appeared around me, intensifying my feelings of being utterly lost in an alien universe. The sounds that kept drawing me in, had a pleading quality that made me want to weep with sorrow.

As I started singing, I realized my song was inviting the spirit of the herb to move into my body. I wanted it to stop, to be over but in that moment I knew it was too late, I had left this reality.

I was canoeing through the infinite stream of the unconscious mind, and the song was my solitary paddle. It was up to me to avoid the rapids and control the currents by making the song more beautiful, by begging the Spirit of the herb to guide and heal me.

I love this one Salvator!

You are the Scientist !

hi sorry yes i did i really look forwards to your stuff it chill time lol :) it wouldn't let me post another comment the other day is said something about spam lol.. i get that with funky corners too? just a bit buggy i guess :)

Glad you enjoyed the session Steve.

Thanks for tuning on this frequency AXELICA