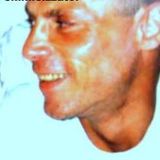 Chief editor music at Radio Radicale in Rome at the age of 16. From '82 to '87 globe-trotter on the 5 continents, Antartica not yet! To learn languages and understand the "way of life" of people of this wiggly world! In july '87 established almost definetely in Paris, France. One year later, always in Paris, opening of "Bonus Beat", the first record-store in France to import House and Techno directly from the U.S.A. During those years I was invited at FG radio for a 3 hours non-stop radio-show by Samira Arbia, a prominent figure in music Paris scene and nightclubbing. The music took every genre, but essentially all new releases arrived at B.P.M., my own records boutique. FG radio was not far from 1, rue Keller where there B.P.M. opened, meantime, in 1992, which became emblematic place, the meeting point for all the DJs. Finally, I write the "history of electronic music" in a guide and "lightening" form, auto-biographical novels, far from being finished. I still feel to be a young boy.