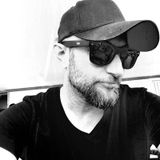 Sakin Bozkurt started getting involved 1996 in the local scene while working as a dj in a techno club called Prodox X. In 1998, creating a project called DJ Sakin & Friends, debuting with the release of "Protect Your Mind," inspired by Mel Gibson's Braveheart, and followed by "Noman's Land (David's Song)." In 1999, released the debut album Walk on Fire. With their first single hit "Protect Your Mind (Braveheart), DJ Sakin & Friends even succeeded to come third in the Charts. With this place in the Charts, "Protect Your Mind (Braveheart)" is the most successful trance hymn of the year 1998 and even reached gold level in Europe. After receiving Gold-an...