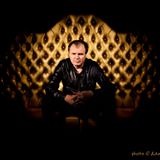 Support DJ Rusty Egan by subscribing directly to this channel and get access to exclusive rewards.

Visage emerged in 1978 from the London ash’s of The Rich Kids the band Ex Sex Pistol Glen Matlock formed with Midge Ure Rusty Egan and Steve New. During its demise Rusty and Steve Strange started club nights at The Blitz, a neo-glam nightspot which stood in stark contrast to the prevailing punk mentality of the moment. Spearheading Blitz's ultra-chic clientele were Steve Strange and DJ Rusty Egan. Rusty Egan guitarist Midge Ure recorded music that would fit into the sound of the Blitz as Rusty was DJ and felt that there was as sound not disco and not Rock but should be made to dance with international lyrics that inspired you to want to get away from the dismal grime of the late 70’s Britain. In late 1978 they recorded a demo which an aptly futuristic cover of Zager & Evans' 'In the Year 2525 on synths and vocoders inspired by the German electronic pioneers Kraftwerk. DJ Rusty Egan with Steve Strange started the first electronic dance music clubs