Jatt JEONA MAUR is the name of a famous dacoit who became a legend for his deeds. Language: Punjabi 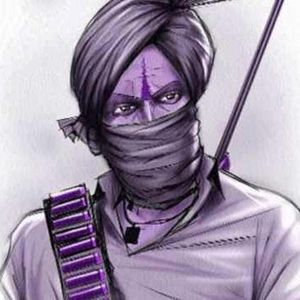 Jatt JEONA MAUR is the name of a famous dacoit who became a legend for his deeds. Language: Punjabi by Rudra Kapalin

Jeona Morh,was an extremely strong and religious young man who eventually became a bandit and robbed many villages. He lived during the British Raj in Punjab. Before turning to crime he lived happily with his brother and his wife. Jeona's brother was an undercover bandit, and the only person who had knowledge of this was his dearest friend, Dogar, who later reported him to the police; as there was a hefty reward on his head. During his brothers arrest the corrupted police severely beat his brother's pregnant wife and eventually killed her. Jeona's brother was convicted and sent to "Kala Pani" Prison. Jeona Morh fled into the jungles were he met a gang of bandits and eventually became their leader and vowed to take revenge. Jeona Morh had murder every person who had any involvement in the ill treatment of his family before finally being multiply shot to death. His tomb is situated near Naina Devi temple on border of Himachal and Punjab worshipped today as he became a symbol of Justice.