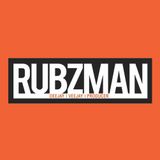 Never miss another
show from RUBZMAN

Known for his skills as storyteller, Dutch DJ / Producer Rubzman uses deep and uplifting dance music to take his audience on an adventure with every set he plays. His fascination for technology and computers began in the early 80’s when a young Rubzman started making music using a 4 track sampler. After visiting a number of raves his love for electronic music grew and he decided that there would be no life for him without it.

Rubzman takes inspiration for his distinctive musical style from his experiences as part of the Vision Impossible veejay team. Influences from the organic movement of images and colors from his video productions are also heard throughout his DJ sets and music productions. A warm blend of sounds and cinematic build-ups are part of his signature sound.