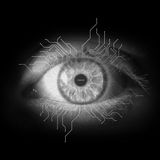 Never miss another
show from SuBFienD 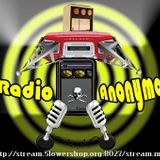 Cork Where Else?, Ireland

SuBFienD is a DJ\PRODUCER From Cork Ireland djing jungle drum n bass and other styles of breaks usually on the dark experimental side.
Started in Cork in the late 90s playing on Radio friendly every friday.
Also played around Cork with the fraudsquad and every Thursday in Rumpelstiltskin's.
Moved to Amsterdam in late 2000 in which i lay low for a while and put down the record bag till 2005.
I played in Amsterdam's CheekyMondays and also around the underground scene for a few years in Lionstyle , Dupa ,the Stubniz and a number of other venues under the alias's RASTAFENIAN and RASSFIEND.
Ive played along side many D.n.B legends including Brokie,Dj phantacy,jamal,legendary Mickey Finn,The Teknoist,Scanner,Donal Dinean......the list goes on!!
I moved back to Cork in 2008 and played a few gigs with Corks Tir na gnasta crew and in Impact 'Cork's main Drum n Bass night at the time!