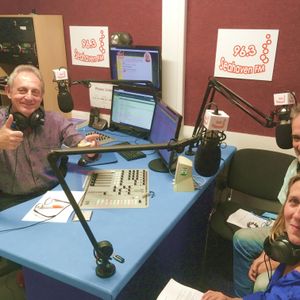 My guests this week are partners in every sense – in life and in their profession.
Tamsin Shasha is an experienced actress and artistic director of their production company Actors of Dionysius. She trained at the Oxford School of Drama and with Philippe Gaulier, before re-training as an aerialist at the National Centre of Circus Arts. Mark Katz is a versatile actor who trained at the Academy of Live and Recorded Arts and acts as the Company’s Education Officer.
Actors of Dionysius specialises in new adaptations of ancient Greek Drama in English translation and new writing performances inspired by myth. Its passion is to ensure that this intrinsic part of our dramatic heritage remains accessible to modern audiences.
What’s On Stage commented about their recent production of Lysistrata that “Greek at school was never as naughty and so much fun as this.”