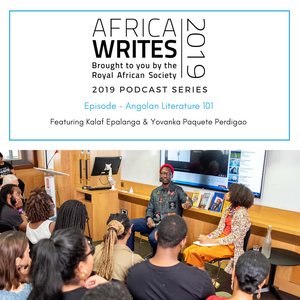 Curious about African Lusophone literature? Join us to uncover a wealth of stories from Angolan writers.

Following the success of ‘Cameroonian Literature 101’ hosted at Africa Writes 2018, we are bringing you a special edition on Angola! From authors Agostinho Neto, José Eduardo Agualusa to Ondjaki, Angola has produced stellar writers published in Portuguese. Whether you are familiar with Angolan literature or keen to learn, come and explore books written by authors based in Angola and beyond with writer Yovanka Paquete Perdigao and author and musician Kalaf Epalanga. No knowledge of Portuguese is required.