Africa Writes 2018: The Making and Re-making of Zimbabwe 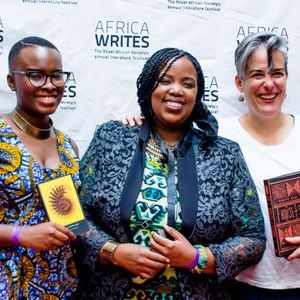 Spanning fifty tumultuous years in southern Africa, Novuyo Rosa Tshuma’s debut novel House of Stone (Atlantic Books, 2018) is a deeply smart, wildly inventive and often darkly humorous novel about cuckoos in the family nest and the murderous need to belong. In her essay These Bones Will Rise Again (Indigo Press, 2018), Panashe Chigumadzi combines bold reportage, memoir and critical analysis to reflects on the 2017 ‘coup that was not a coup’, the telling of history and manipulation of time and the ancestral spirits of two women – her own grandmother and Mbuya Nehanda, the grandmother of the nation. Both works explore the interactions between the world of spirits, politics, and the self, and at this critical juncture in Zimbabwe’s history, offer inventive new ways of telling the nation’s story.