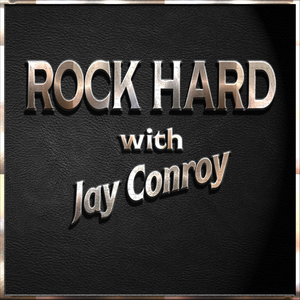 This week on ROCK HARD with Jay Conroy! My very special guest will be Damon Johnson Damon rose to fame in the 90’s with the band Brother Cane. He has written and toured with Alice Cooper, Thin Lizzy, Black Star Riders, as well as numerous solo albums. Damon’s latest project is "Damon Johnson and The Get Ready". They have a new album “Battle Lessons” that is a straight ahead Hard Rock record that doesn’t have a bad song on it. I’ll be speaking with Damon about the record and playing tracks from it along with tracks from all of his previous bands.