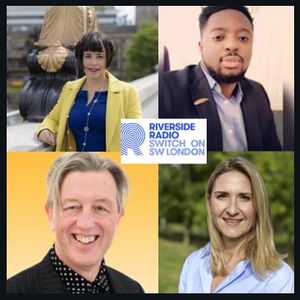 On tonight's show, as the UK’s main parties prepare for the General Election on December 12th; we were joined by Lib Dem Parliamentary Candidate for Wimbledon, Paul Kohler; Conservative Parliamentary Candidate for Battersea, Kim Caddy, and Lib Dem Candidate for Putney; Sue Wixley. We separately discussed their party's plans for our local consistituencies and how they hope to fulfill them in areas such as housing, education and Brexit. We also had Lead Youth and Community organiser; Richard Asomaning from CHIPS who spoke about the charity's new initiative that aims to tackle the issue of school exclusions in Lambeth. And we find out what locals in Clapham Junction think about Brexit and their concerns for the upcoming election.
Tonight's show was presented by Micky Gwilliam and RIbeka Seyoum. Our show was produced by Mesgana Sintayehu and our newsreader was Stephen Menon.