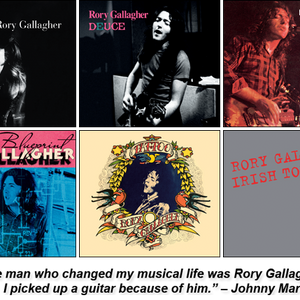 The interview features Donal's reminiscences about the period during which the albums were recorded, and discusses Rory's encounters with the likes of Slash, Jimi Hendrix, Bob Dylan and John Lennon.

Never Forget Rory, he was the best of the best! Why oh why can't the RnR hall of fame folks recognise it?
Thanks Rick for broadcasting this and keeping Rory's flame burning http://www.rory-gallagher.co.uk/forum

I think it’s a great show and thanks a lot to Rich Davenport for keepin’ Rory’s memory alive.
It would be even greater if the Cork International Airport would be renamed to “CORK RORY GALLAGHER AIRPORT”!!!
See the YT video http://www.youtube.com/watch?v=omejc2GgC-Y
Please support this campaign and sign the petition http://www.petitiononline.com/RoryCork/petition.html