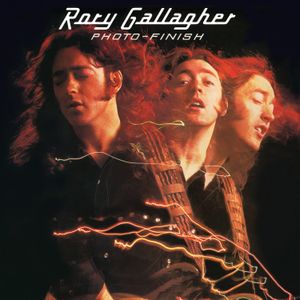 In the first hour, Rory Gallagher's brother (and tour manager) talks us through the new batch of Rory remasters (covering the period 1975-1982, with the albums Against The Grain, Calling Card, Photo Finish, Top Priority and Jinx), with the stories behind the albums and a song from each one.

And in part 2, guitarist Tommy Denander of Impera, whose members have played with a veritable who's who of Hard Rock, including Paul Stanley (Kiss), Bruce Kullick (ex-Kiss), Vinnie Vincent (ex-Kiss, Vinnie Vincent Invasion), Brian Robertson (Thin Lizzy) and Scott Gorham (Thin Lizzy), and who also feature Red White and Blues vocalist Matti Alfonzetti (ex Jagged Edge), talks about the band's formation and their new album "Legacy of Life", with two tracks from the new release.

Mr. Davenport, you rock. Special thanks for Rory.

Many thanks for the kind words Lucimunda, and thanks for listening! You rock too!

Thanks to all of you guys, so glad you enjoyed it! Thanks for listening!

A gem of a show. Thanks Rich.