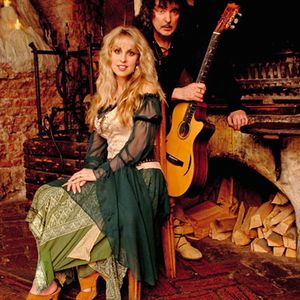 LegendaryRock guitar pioneer Ritchie Blackmore & candice Night of Blackmore’s Night discuss the writing &recording of their new album “All Our Yesterdays”. Ritchie also talks about the prospect of making a return to Hard Rock with Rainbow in 2016.

The show also includes an interview with emerging British guitar hero Dave Brons whose debut album “Based On A True Story” has been described as “Star Wars meets Van Halen”, due to its mix of soundtrack influenced elements &searing melodic guitar work. Dave also chooses 2 tracks from the album.

We also look at the 3 newly re-issued albums from Belgian classic Heavy Metal band . ACID with the band’s drummer Anvill, who tells their story. If you’re a fan of the NWOBHM, Motorhead , Venom and early Metallica, don’t miss this!
And one of the 3 hosts of online Kiss talk show “Three Sides of the Coin” Michael Brandvold, talks about the show & his own work on Kiss’s official website,

Can't wait for the Rainbow concert.

Thanks so much Gustavo, glad you enjoyed it!!!