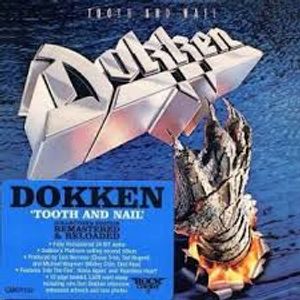 The first hour of the show is a Dokken special, to mark the release of the new remastered collector’s edition reissues of the first three classic Dokken albums from Rock Candy Records (www.rockcandyrecords.com), “Breaking The Chains”, “Tooth And Nail”, and “Under Lock And Key”. Don gives an inside look at the writing, recording and touring cycle for each album, chooses two classic songs from each record, and also gives an update on the current band’s current writing and recording plans.

In part two, AOR luminary Stan Bush talks about the enduring appeal of his signature hit, “The Touch”, a new version of which can be found on Stan’s brand new album, “The Ultimate”. Stan gives the low down on the making of the new release, chooses tracks to play on the show, and discusses his plans for live shows later in 2014.

And finally, House of Lords vocalist James Christian talks about the band’s new release “Precious Metal”,and selects a pair of songs from the album.