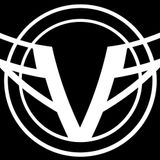 Never miss another
show from RvS

Reyhan started to learn DJing with his good friend in summer 2007 without any assistant or tutor. He was able to put on a signature sound that ranges from Progressive House to Progressive Trance.

By the year 2008, he made into the big 45 in Heineken Thirst DJ Competition in his first year of DJing. He feels confidence, also develop his knowledge and experience as he participate in a competition that will test his ability in becoming a better dj.

In 2009 he met Donny as Co-Founder and DJ of Arikanami Management, and with a support from his friend, he joins the management to fill the lineup. With DJ Donny as a mentor In his new management, Reyhan’s knowledge and skills has improve significantly, and for his result of the hard work, he achieved 3rd runner up in RVLX DJ Campus Championship in 2010. And as he progress, he began to show his live set and also operate three decks, that will deliver an excitement, harmonic and melodious tracks blending into progressive trance sound.