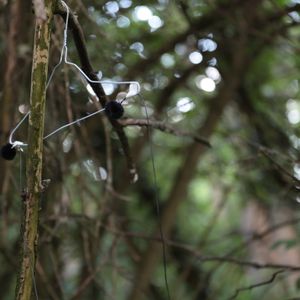 The Tyneside Sounds Society is a monthly broadcast dedicated to the recording and reinterpretation of the sonic environment and sound heritage of Tyneside in the North East of England.

Team Valley is an industrial estate in Gateshead, Tyne & Wear, England. It's home to nearly 700 companies and roughly 20,000 people working there. It was built in the 1930s and is laid out in a grid, with street names like Kingsway, Queensway and numbered avenues.

It lies in a valley with the River Team at it's centre and is bordered by the East Coast train mainline to the east and the A1 motorway to the west. In the centre of the estate is a wood called '£20 Close' - it is home to lots of endangered birds, a diverse mix of flora and fauna and some very old trees, it predates the current industrial estate by at least 200 years. It's what is called Ancient Woodland.

This month we are joined by Newcastle based researcher, artist, filmmaker and photographer Michelle Allan. Michelle came across the wood