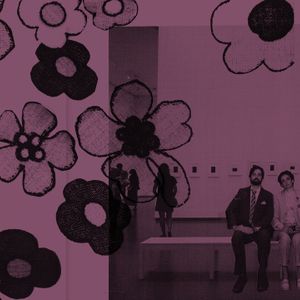 This Is Not A Love Song (Radio) builds on an existing field recording project by artists Joe Wilson and Chanelle Collier titled 'This Is Not A Love Song (Sound Archive): 200 field recordings, 200 countries; a collection of the ambient sounds of major art institutions around the world, created through recordings from a global community of contributors. The project appropriates sound to critically study the ambience of institutional space.

These responses take the form of deconstructed, remixed or re-recorded versions of the original field recordings and explore ambient electronic, contemporary classical, noise and other musical/sound forms conceptually connected to the practice of field recording.

A Side Field Notes
“Episode 2 was recorded at the Foundation Louis Vuitton in Paris in August 2019, the boat-shaped institution with its surrounding pools providing respite from intense summer heat. We sat on an inordinately long white bench while observing that staff were required to stand. What is special about this recording is the slow reveal of the spatial characteristics throughout: from small, close, muffled sounds exploring the intimate surrounds; to crisp footfalls illuminating vertical hanging surfaces in middle distance; until finally a museum alarm chimes in concert with a high pitch child’s scream that touches the ceiling and very extremities of the interior space.”
- Chanelle Collier

B Side Notes
On the recording process with a live ensemble: “a direct response in the studio wearing headphones with no previous listening” – Jack Prest

From The Archive
[THE SOUND OF A MUSEUM]
Museums may have a homogeneous ambient sound because of the size of their exhibition halls. Each space is populated with a resounding, linguistically driven, ambient voice that is particular to the location’s culture and language. There is however, also a global audience at each cultural centre, an intercontinental melange of voices. Simultaneously, there is a transcontinental homogeneity and intercontinental melodies.

For whatever reason the squealing child’s voice is universal. It feels out the architecture of space with a projected volume that adults seldom perform. The unrestricted evocation of a child echoes from floor to ceiling and from wall to wall. Through this squeal one can feel the size and shape of the room in each recording. From everyone else, feet shuffle and clop, and undulating whispers approach, overlap, and retreat.

THE MUSEUM SPEAKS with its laser triggered alarms. When listening to the playback of these museum recordings it is interesting to try to distinguish the sounds made by the museum itself and the systems of the museum. Walkie-talkies bleep, and laser alarms siren off at various intervals, air-conditioners hum and clink in their efforts to control and condition the environment.

[RECORDING – SOFT DOCUMENTATION]
The microphone is a machine that hears. The natural reality of sound becomes codified, open to mechanical reproduction and dissemination as a multiple. The microphone differs from the human ear. In the microphone noise is treated evenly in relation to the receiver. Unlike the human ear, there is no prioritisation for listening. This democratised sound enters the microphone abstractly as conglomerate wave data. The background is brought forward because unlike the human ear a microphone is not discerning, not trying to ‘hear’ anything in particular. When the body listens, the brain edits out all that interference, focused as it is on grasping what is necessary to hear. The machine isn’t looking to communicate so it isn’t filtering signal from noise.
- Joe Wilson