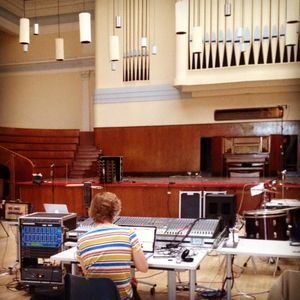 Sounding The Great Hall is a two day sound arts festival which took place in 2015 and 2016 exploring the acoustics of Goldsmith's Great Hall via surround-sound installations and performances by select sound artists.