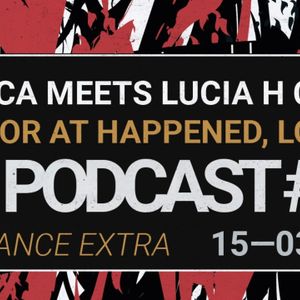 Lucia H Chung is Taiwanese experimental artist based in London. She performs and releases music under the alias ‘en creux’ where the sound creation springs from her fascinations in noise generated via feedback on digital and analog equipment, and her role as a ‘mediator-performer’ in the multifaceted relationship between the sonic events incurring within the self-regulated system.

She also works as an independent curator, producer and broadcaster at ***Happened***.

Lucia presents a selection of experimental electronic music from Asian female artists that loosely follows the trajectory of her listening habit and her own creative development as an artist as well as an independent curator. The selected music features artists who are a