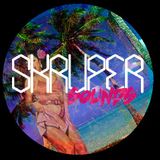 Hola mi gente!!! My name is Skruper Sounds a.k.a. Rene Gamez , Im a mexican producer, remixer, ive act freak and also a dj. Since 2005 Im working hard to contribute and develop a bass music scene in my city, Guadalajara. My first solo project was a party called “FIESTAS CLANDESTINAS” where the main intention was to unite the different types of tribes or social groups in my town under the common denominator of the bass music celebrating life, since we start, many of my colleagues in my city have joined and made it posible. At the same time, a couple of colleagues developed a collective called “GDL BASSCREW”, which I've incorporated in 2009, this group was the first group in western mexico which brought some of the most outstanding exponents of the region and promotion of overwhelmingly broad bass music scene.
http://soundcloud.com/skruper
https://soundcloud.com/skrupersounds
https://www.facebook.com/pages/Gdl-Bass-Crew/154897751288490