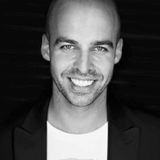 Never miss another
show from TIVE

TIVE - AFTER DIESEL DETOX
by TIVE

TIVE - After Spacio B-Day
by TIVE

Born in Neuchatel, Switzerland in 1981 and grew up in Lisboa , Portugal. TIVE (AKA Remy Vaz) was touched by electronic grooves at the age of 13. Infected by dark tempos and deep grooves since he was a child. From 1996 till 2000 started to play sounds from Detroit and German Techno such as Ritchie Hawtin , Sven Väth ,Carl Cox ,Jeff Miles, Adam Beyer , Dj Hell in several underground clubs under his alias 'Dienem' . He has found a new inspiration in 2008 by Cesare vs Disorder, Ralph Mirto , when he felt , his passion for music was just waiting for the right moment ! In 2010 the meeting with Octave definitely took his music in to the very dark side and started playing in clubs under a motto ' there is no limit' . Several Performances followed by his new Techno concept on events like 'Tek-It', 'Paranoïa' ,'the forge' and 'the bubbles' . In 2011 he became a member of Finefood Records. In 2012 he entered in to Freitag Limited, he is also taking part in the label's management as A&R and Demo