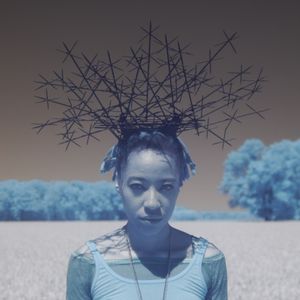 Rising Johannesburg rapper Yugen Blakrok catapulted from the local South African stage to a global spotlight thanks in part to an appearance alongside Vince Staples on last year's Kendrick Lamar-curated _Black Panther_ soundtrack. However it's her lyrical sorcery and beguiling mix of sci-fi sounds and meditative melodies that transfix listeners and continue to command the attention of an international audience. Tackling political unrest through rhymes coded in astrological similes and metaphors, Blakrok puts her own spiritual spin on the hip-hop sounds of the '90s, aided by the boom-bap beats provided by long-time producer Kanif. Recently, the young MC released her sophomore album, _Anima Mysterium_, which translates as "the mystery of the subconscious." On today's show, she speaks with Vivian about the enchantment of your unconscious, her divine femininity and what other metaphysical secrets she's unearthed.