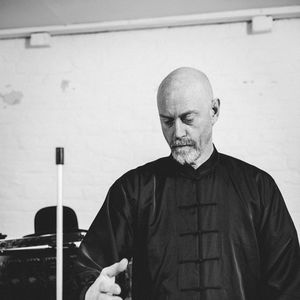 Jono Podmore has an astonishing resume – he's a professor of popular music at Cologne, Germany's prestigious Hochschule für Musik und Tanz, a tai chi master and a prolific composer who records under the name Kumo and in the group Metamono. But Köln residents possibly know him best for his work with Krautrock pioneers Can – he has managed their archives and run the remastering of their back catalogue (twice!), compiled _The Lost Tapes_ release and even co-produced the last ever Can track: A cover of _The Third Man_ theme, "Der Dritte Mann," in 1999. On the occasion of a special at the Cologne Philharmonic dedicated to Jaki’s work, we’ll be discussing what made his motorik rhythms so special and the influence that Can has had on Jono’s own life as a composer, producer, engineer and arranger
Also on today's show: Peak Time pays tribute to '60s great Janis Joplin, who would have been 75 today, plus new music from around the globe.