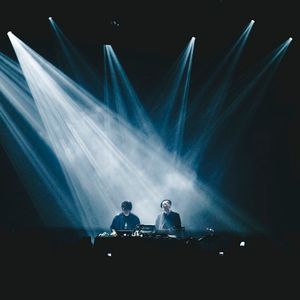 Yuzo Koshiro is a Japanese video game music composer, arranger, programmer and president of the game development company Ancient. He is often regarded as one of the most influential innovators in chiptune and video game music, producing soundtracks across a wide range of genres throughout his career. His _Streets of Rage_ soundtracks reflect the influence of the house and techno saturating Tokyo clubs like Yellow in the early '90s, and have profoundly influenced artists such as Flying Lotus, Ikonika, Just Blaze, Joker, Fatima Al Qadiri and many more. He's joined by Motohiro Kawashima, a renowned composer who was Koshiro's collaborator on _Streets of Rage_ 2 and 3 and Katekyo Hitman Reborn!, not to mention the first official staff member at _Ancient_.