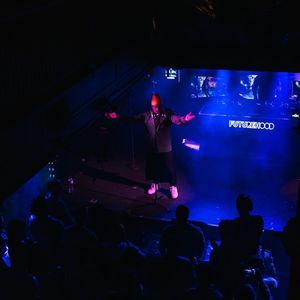 Roy Kinsey has had a massive year. Librarian by day, rapper by night, the Chicago native followed up a string of releases with *Blackie: A Story By Roy Kinsey*, a conceptual album that tells the story of his family's move to the Midwest during the Great Migration, and what it's like growing up as a queer black man in Chicago. In this session he performs songs from the record at the Futurehood & Friends showcase, celebrating the Chicago label as part of the Red Bull Music Festival.