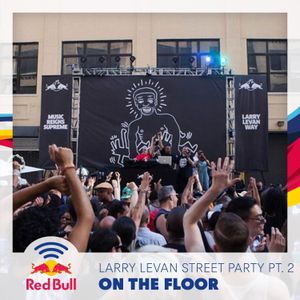 Listen to Part Two of this extraordinary block party to end all block parties, as Red Bull Music Festival New York City paid tribute to one of the Big Apple’s finest purveyors of good times.

The Larry Levan Street Party, which was part of a local initiative to rename New York’s King Street in honour of the Paradise Garage legend, welcomed thousands of music-lovers for a day-long celebration that made waves across the globe.

The celebration of disco and pioneering house music featured performances from Levan associates François Kevorkian, David DePino and Joey Llanos, as well as a very special guest appearance from Jocelyn Brown, and the whole thing was watched by more than 100,000 people via live stream.

Listen to Part Two at http://win.gs/LarryLevan1