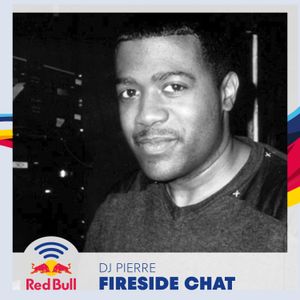 Chicago-born Nathaniel Pierre Jones, AKA DJ Pierre, is a true dance music pioneer and the quintessential acid house producer. Recording as DJ Pierre, Phortune, Photon Inc., Phantasy Club and a myriad of other aliases, it was his early acid house supergroup Phuture that changed the game forever. After moving away from Chicago in 1990 and heading to New York City, Pierre became in-house producer and head of A&R at Strictly Rhythm, and was responsible for releasing a string of hugely influential tracks such as Photon Inc.

Please note, this show is from our archive which we pulled out for you to enjoy once again.

Loveing the story,s behind the producers,

WOOOWE ,,Much Support
From The South Side , Of Chicago ,,

BAD BOY PIERRE Its Ur Boy Here Tone Tee From Back in the Day @ Strictly Mixing Crazy Eddie 27th Century! Haven't Seen U Since Be Cool Barcelona,,, U Lifted the Roof to a Packed House (Again). Hope Ur Well Bro & Keep Doin' What U Do My Brotha! 💥💯
1 Luv in ⟰ MUSIC! ♥