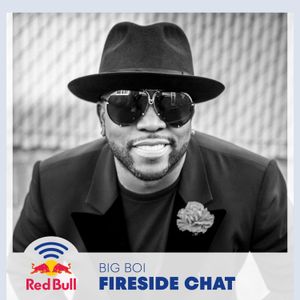 Big Boi doesn't know who coined the “player and poet” dichotomy that has been used to describe OutKast since its 1994 debut, when the duo became the first rap act signed to Babyface and LaFace Records. Big Boi has helped found and nurture Atlanta's modern hip-hop scene, and the Grammy-winning artist has written some of OutKast's most enduring hooks. He also discovered two of the Dungeon Family collective's most impactful second-generation descendants, Killer Mike and Janelle Monae. And as a solo artist, he remains one of Southern rap's most joyful experimentalists, his work packed with funk signifiers and collaborators ranging from George Clinton to Kid Cudi.

Please note, this show is from our archive which we pulled out for you to enjoy once again.