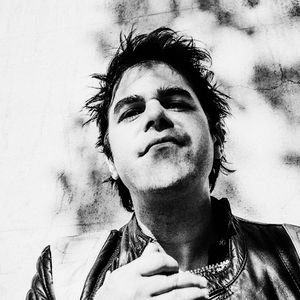 Ariel Marcus Rosenberg used to think of himself as a great painter – a new Picasso, his parents assured him in early childhood – until he realized that people like Damien Hirst don’t even need to hold a brush. His disgust for the art world led him, after college in Los Angeles and a stopover at an ashram, to become one of the most imaginative and brilliantly spontaneous songwriters out there. He jump-started his music career with tons of self-released, self-distributed tapes and CD-Rs under different aliases; some of the stuff ended up collecting dust on the floor of Animal Collective’s tour bus before being released on their Paw Tracks label. In the early years, the genius of Ariel Pink’s music was hidden behind a thick layer of lo-fi noise and attitude, but pretty soon he was hailed as the godfather of chillwave and hypnagogic pop. He’s happy about it: “The more appeals, the better,“ he says.