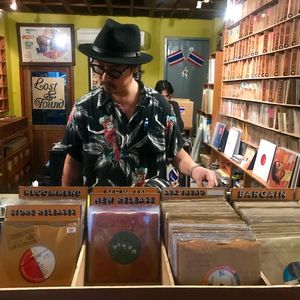 ZudRangMa Records has become synonymous with vintage records in the country's undeniably funky, homegrown musical style. But in the context of Thailand itself, the Bangkok record store holds deeper meaning – its founder, Maft Sai, has made it his mission to elevate music that hasn't always gotten the respect it deserves in its home country, and which in some cases has been lost to history (quite literally — many records became elusive when the pressings were physically destroyed en masse). A visit to ZudRangMa, even for Thai listeners, is likely to yield a bounty of fresh discoveries. Today Sai delves into some of the eye-poppingly incredible records that have graced ZudRangMa's shelves through the years: Thai delicacies primarily, along with some other rare records from other underrepresented musical communities around the world.