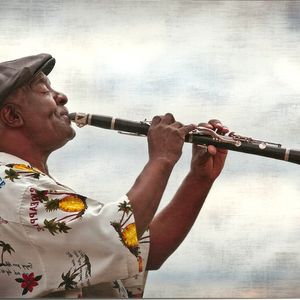 Detroit’s Tribe was among the most revered independent jazz collectives of the 1970s. Cofounded by saxophonist and composer Wendell Harrison (along with trombonist Phil Ranelin), Tribe manifested as a brilliant instrumental ensemble, a record label and a self-published magazine committed to the expression and advancement of African-American creative voices. In the years since, the collective’s now-legendary recordings have only garnered greater interest and acclaim via reissues and remixes. On this special episode of Across 135th Street, live from Detroit, host Chairman Jefferson Mao welcomes Wendell to chat about his experiences in the vanguard of Independent black jazz in America, and perform live in the studio.