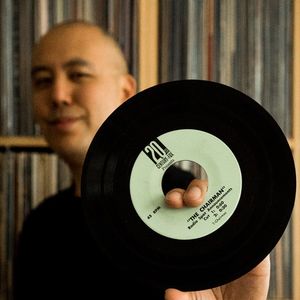 In the same way that Chairman Mao had the power of an army at his fingertips, so too does *Chairman Jeff Mao*, harnessing the ability to make hoards of funkateers stomp ’til their feet ache with the timing of a well-chosen 12”. The pen proves mightier than the sword, too, with Jeff penning regular columns for XXL and other publications, as well as co-authoring two books and the TV series *The (White) Rapper Show* with his creative collective Ego Trip. Dropping parties for tastemakers, spangled clowns and music lovers alike, Jeff has been at the epicentre of the underground hip hop scene across America for years, as well as opening people’s ears to the joy of the cover with his selection of rare versions of classic songs on his *Run For Cover* mix. We’re not sure it’s possible to prepare yourselves for the expedition deep into the uncharted crates, but do expect surprises from almost every style of music going.