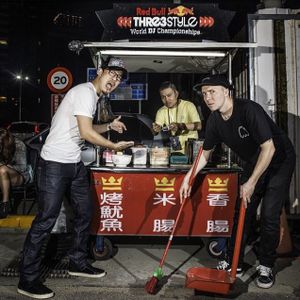 This show was 2nd in the global hip hop chart.

On the way - in between judging Thre3style finals and performing at showcases - he met other DJs who recommended tracks that perfectly summed up their city's scene and heritage.

This is his soundtrack.